How Sex Is Framed When Reporting On Japan 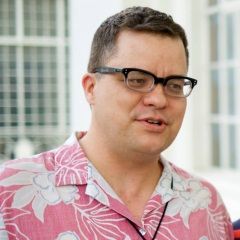 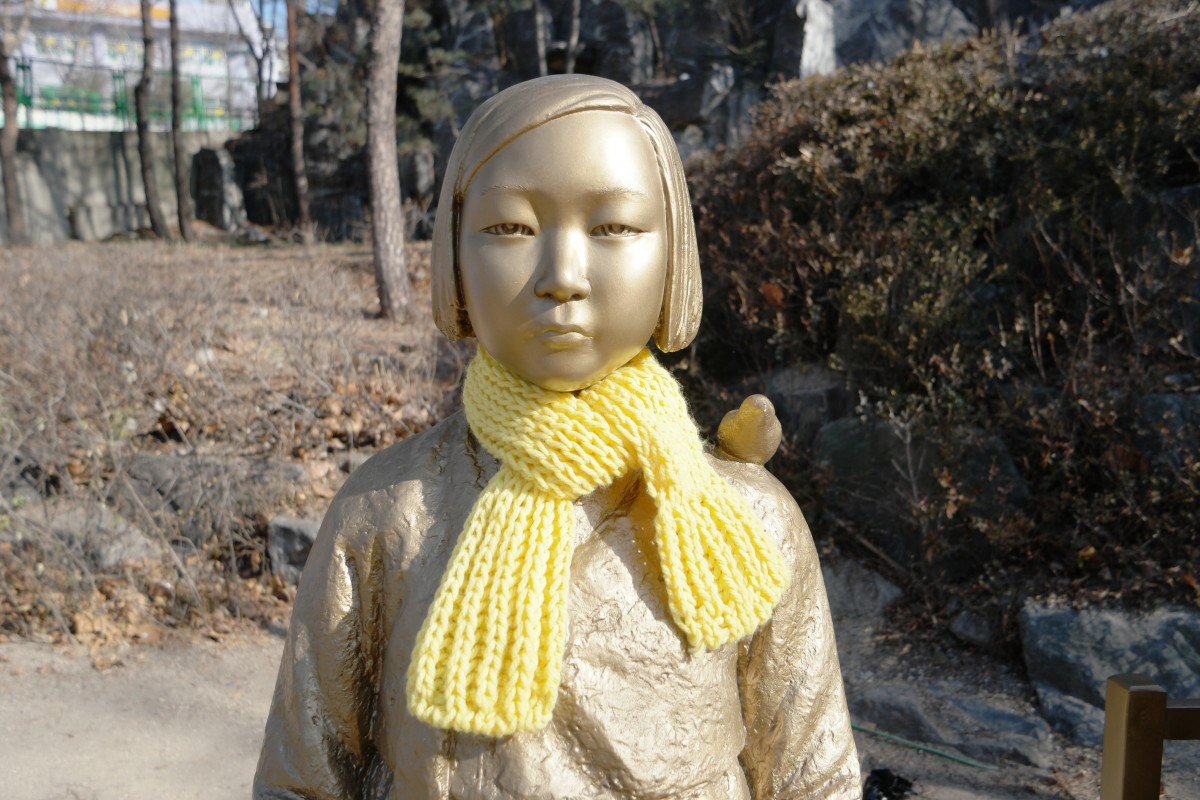 A statue of a “comfort woman.” Statues like these have been installed around the world. Image license: CC0 Public Domain

As expected, these articles fetishize the topic of sex and Japan, often with a robotic flourish – stories I have covered as well.

“Sex and Japan” also predictably linked to the troubling, ongoing debate about “comfort women,” women from East Asia trafficked into sexual slavery by Japanese forces during the Second World War, and how Japan remembers and recognizes that history. Recent articles include:

Using the powerful Media Cloud Dashboard allows a deeper and more nuanced look into how English-language media frame Japan and sex. This tool both helps identify patterns and tendencies in news language, and tests my own preconceptions.

How Is Japan Being Framed? And Who Is Doing the Framing?

Though the randomized sample of Media Cloud Dashboard results are statistically significant, they are suggestive rather than authoritative. We started the investigation with analysis of English-language media oriented to a United States readership, due to robust and consistent reporting by media with significant influence in the framing of topics prominent in the news. The collection queries media outlets from all over the English-speaking world, generating a lot of data even with this narrow scope.

The first query displays stories with sentences containing “sex and Japan” that were published from mid-August 2016 to mid-August 2017. In Media Cloud, visual “Word Clouds” offer clues to word pairings in news content. The larger the word in the cloud, the greater its frequency. The full results can be found in this online spreadsheet. The resulting sample of news patterns challenged my initial cognitive bias.

Using Media Cloud Dashboard to examine coverage in three collections of US-based English language media from mid-August 2016 to mid-August 2017, I discovered the topic of “sex and Japan” wasn't all robots or that Japanese people had stopped having sex. (View larger image)

I had assumed that that stories in the Western media about sex and Japan would usually focus on Japan as weird, fetishized and kinky. While some of that language is evident, the more prominent story in the past year is about Korea, slavery and wartime, topics almost certainly related to the issue of “comfort women” in World War II.

Other prominent narratives about sex and Japan include a focus on Japan's aging population. One story describes Japan's “sex problem” as being responsible for what is called in another story a “demographic time bomb” that will lead to what yet another source calls Japan's “extinction.” Four stories contain “sex problem” in the title, three use “demographic,” and another three include “population.” The Washington Post reports that “Japan has a worrying number of virgins.”

Nine stories in the query associate “sex and Japan” with robots, including a Daily Mail story about life-size sex dolls and a Forbes article about sex-robot tourism.

Other stories report that Japan banned the possession of child pornography, and Japan's role in contemporary sex trafficking.

A spike in “sex and Japan”?

In the data, stories about “sex and Japan” occur January 17-18, 2017, connected to the word “statue.” This refers to statues of comfort women that South Korean activist groups erected in Korea, including near the Japanese embassy, near a regional consulate in South Korea, and internationally.

There appeared to be a spike in stories that featured both terms in mid-January 2017. (View larger image)

This coverage focuses on a vigil in South Korea in early January to protest an agreement between the governments of Japan and South Korea on December 28, 2015, to “finally and irreversibly” resolve the issue of “comfort women.” Associated Press (AP) reported on the vigil, and the story that was widely syndicated, causing the seeming “spike” in coverage.

I was curious to understand how the same stories was covered in South Korea. A query of “sex and Japan” in the English-language wire service Yonhap for the same period shows that “slavery” and “slaves” also dominate the results. However, there were no spikes in coverage over the course of the year, indicating sustained reporting.

Strikingly, while U.S. media coverage mixes the “comfort women” and sexual slavery with the expected references to sex dolls and robots, Yonhap's coverage has none of these themes.

This suggests that in the South Korean mainstream English-language media, “Japan” and “sex” are part of a serious discussion, with little of the “weird Japan” sexual fetishization I have come to associate with Western reporting on Japan.

While the story of comfort women has been extensively covered, few publications choose to examine the assumptions underlying the use of the term as an accurate or fair description of the roles. The term implies that these women were “camp followers” who chose to sell their bodies for sex, rather people tricked or compelled into sexual slavery.

Japan was not alone in trafficking women following the war. The U.S. Occupation Forces created their own “comfort stations” in Japan and in Korea, replicating the “comfort women” model.

72 years ago today. On August 26, 1945, the “Recreation and Amusement Association” (RAA) was established (in Japan by US forces). Prostitutes (comfort women) were employed by the RAA to service Allied troops in Japan. The photograph shows American soldiers gathered at Yasu-ura House. Image colorized by neural network.

Finally, the term “comfort women” misleads in not linking those earlier practices to existing trafficking in women, with an estimated 4.5 million people trapped in forced sexual exploitation globally in 2017.

How “Comfort Women” Are Framed In US Media

Some writers in U.S. media, such as Mindy Kotler, a specialist on the issue, are careful to frame the “comfort women” for what they were — women enslaved for the purpose of providing sex. But what about other writers and reporters?

I used Media Cloud to query the term “comfort women” for the same time period as the initial analysis, from mid-August 2016 to mid-August 2017, and then examined the stories in depth.

Of the 252 stories about “comfort women,” 25 had “slavery” in the title. Link rot and paywalls prevented me from examining some of the stories, but of 208 accessible articles, 106 include “slave” in the title or in the story itself when referring to “comfort women.”

Fifty percent of these stories recognize the reality that these women were not camp followers but were, at best, victims of sex trafficking. The other 50% describe women by the euphemism “comfort women” or as “prostitutes.”

What's next for coverage of sex and Japan?

The 2015 deal signed between Japan and now-disgraced former South Korean President Park Geun-hye will continue to be a key discussion point in Japan-South Korea relations because it was signed on behalf of South Korea by former President Park, who awaits trial and severe punishment on corruption charges. The new South Korean government may revise the terms, especially since some civic groups have upped the ante by installing statues of “comfort women” on transit buses in Seoul. So, we can therefore expect continued coverage of the topic.

What the future coverage will look like of course remains a question. To explore these issues comprehensively we would need to examine media in other languages, and observe interconnections and tensions among the stories. Deeper dives could help us understand:

This exploration of “sex and Japan” and “comfort women” is just a beginning, helping me to move beyond sensational topics and my own preconceptions, and to use a mix of data and analysis to understand the actual trends in coverage.