WordFrames: Are ‘Teens’ Getting a Bad Rap? 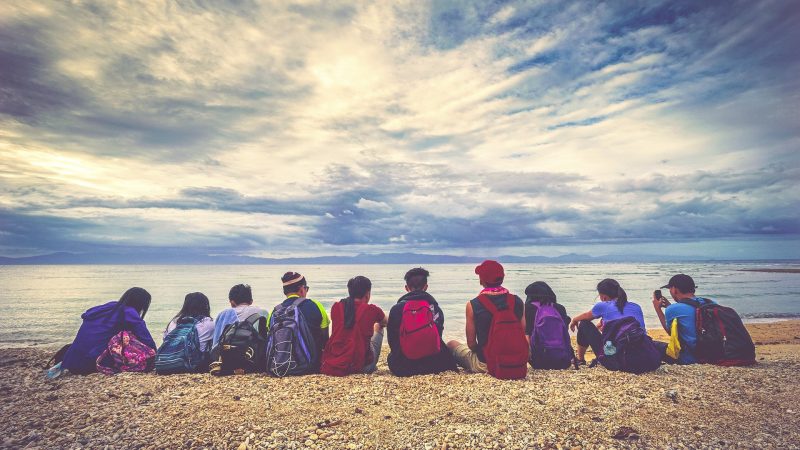 The WordFrames series explores media conversations around related word groups, comparing and contrasting their use and possible meaning in public discussions.

What do you think when you hear the word teen? For many people, teens are a complete mystery. It is an age group that is often talked about and frequently misunderstood, especially by those of us who are no longer teens.

As part of our work at NewsFrames, we look at the ways certain groups are represented by the media and what, if any, effects that representation might have on the way we think about and relate to them.

In this first story in our new WordFrames series, we explore media conversations about teens, and examine whether or not the coverage around these topics varied in comparison to other terms like adolescent and youth. How is the media framing issues around young people and does that framing have any effect on the way we think about teenagers?

How is some of the English-speaking world talking about teens?

To begin our exploration, we used the Media Cloud data analysis tool (see box) to search for topics surrounding the family of words beginning with   “teen” [ex: teens, teenagers] in global English-language news sources from July 2017 to February 2018. Media Cloud allows us to explore conversations around search topics and provides us with word clouds that visualize the relationship that our core search topic has to other keywords in the media ecosystem. As we looked through the data around teen and the stories associated with it, we began to notice an interesting pattern.

This word cloud represents topics that appear alongside the term “teen” in order of prevalence in a sampling of stories from the Media Cloud of ABYZ Global English Sources for “teen” from July 2017- February 2018 (original query). [View Larger Image]

Word Clouds help us understand how the conversation around a topic may be framed. They are made up of keywords that appear more frequently alongside specific search terms. The larger the word in a Word Cloud, the more often it appears in the Media Cloud database sample of news reports, blogs, and other media.

As you can see in the word cloud above, our search for teens returned a number of related terms that have negative connotations, such as rape, assault, crime and suicide. We also saw articles and results about bullying, sexual abuse and topics related to death:

Our search also captured a number of events that occurred over the past year, including Roy Moore, a Senate candidate in Alabama who was accused of sexually assaulting numerous teen girls. The related topics here seem to cast teens as both victims of violence or danger and as perpetrators of violence, conveying a sense of both fear of teens and fear for teens.

Are the negative connotations around the term “teen” anomalies or a part of a larger pattern? Are teens actually at a higher risk for violence and crime or do we just think they are?

What's in a name? Teens, Youth and Adolescent

We then decided to look at other ways of referring to teens to see if any other trends appeared. And, in fact, our exploration of the term youth revealed some more positive, or at least neutral, topics including sports and articles about civic societies and education.

This frequency pulse shows us how many sentences match our query every day as in the graph above. It also provides an overall idea of the number of times a term appeared within our time period, which in our case was: teen*: 203115 stories, youth: 187716 stories, adolescent: 7924 stories found. (View larger image)

The results for youth include stories about initiatives targeted to youth or spearheaded by young people such as this article about Nigerian beauty queen Chioma Obiadi, urging then Acting President Osinbajo to create cultural programs directed at the youth:

Of course, the term teen refers to a specific age range whereas what qualifies as youth is more flexible and depends on culture. This difference makes any strict comparison of the word “teen” and “youth” difficult. Nonetheless, we noted that many overlapping keywords in our search of the terms “teen” and “youth” included negative keywords such as “abuse,” “crime,” “violence,” and “addiction.”

Our comparison of the terms teen and adolescent reveals some additional trends. The term adolescent includes more medical results, such as HIV, obesity, and psychiatry.

This word cloud represents topics that appear alongside mentions of “teen” and “adolescent” in order of prevalence in a sampling of stories in the Media Cloud of ABYZ Global English Sources collection from July 2017- February 2018 (original query). The word cloud labeled “both” is a compilation of the overlapping dominant keywords from both searches.[View Larger Image]

Articles associated with adolescent often took on a more medical or academic tone such as this post about adolescent health education in India:

The results for adolescent often seemed more neutral or scientific in nature compared to the generally more negative results surrounding the term teen.

However, when the search terms overlap, results for both terms include a number of negative keywords such as abuse, suicide and violence. Nonetheless the word teen itself, and the specific age range it generally implies, continued to be a focal point for negative content, especially in contrast to the terms youth and adolescent.

Is the media pigeonholing teens?

To definitively say that teens are portrayed negatively in the media still remains a question. But our preliminary exploration suggests that certain themes are common to English-language coverage involving teens. In fact, a recent study helped US news writers reflect on the misconceptions around US Teens:

This study in Child Development, which seemed to counter some of the common themes (and fears) surrounding teens, intriguingly still ended up taking on a negative cast in some media outlets. Now, instead of fretting over teenage sexual behavior or drinking, stories like the one below fretted over how teens weren't “adult” enough in their behavior and were failing to show independence:

And even though the brunt of the negative connotations appeared in our search for around teen, the queries of both youth and adolescent still seemed to include significant themes of violence, victims and crime.

Our exploration really just left us with additional questions, ones that cannot be answered with this data alone. Questions such as: Where were all the stories about the positive accomplishments coming from teens? What is the trend of positive reporting on teens and young people, in general? And what are some of the driving motivations behind the stories on teens we are currently seeing? Is it fear of or for young people? Are there underlying social anxieties that the media often projects onto young people?

It is interesting to think about how the terms themselves might dictate how we perceive this age group. As an alternate perspective, we would like to leave you with some Global Voices articles that are positive about teens, youth, and adolescents for you to explore on your own: