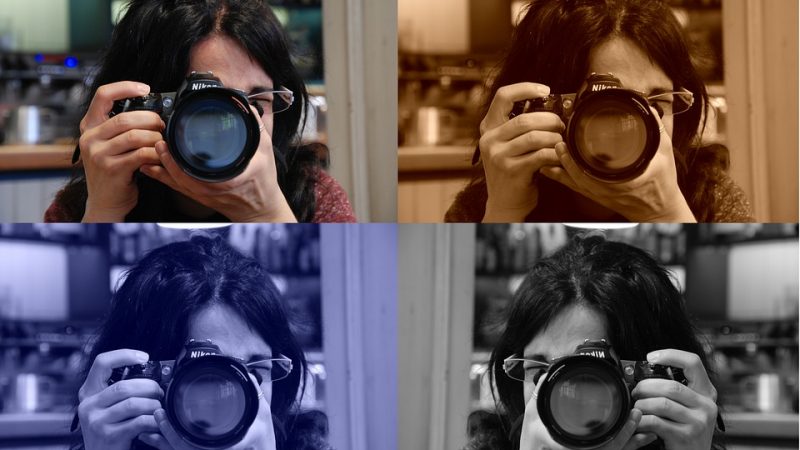 After the recent celebration of International Women's Day, we decided that it was time to take a closer look at women's representation in media. We chose to focus on Canada because a recent study [2] ranked the country one of the top ten places for women (among the 153 measured) in terms of peace, security, inclusion, and justice.

We also found other human development indexes  [3]that ranked Canada in terms of gender development, as well as surveys [4] and reports [5] focusing on perceptions of quality of life, job opportunities, freedom, and gender roles which suggest that many consider Canada to be a good place for women to live and work.

After looking at these studies, we wanted to see what lens the media is using to represent women in Canada and look at how the conversations around this topic are being shaped. In this Culture Shot,  [6]we explore how English-language Canadian media represents women, and we ask: What does the representation of women in media look like in a country ranked so highly? Are there any issues that aren't being taken into account in the above reports?

So, what is Canadian media actually saying about women?

To explore this topic, we used the Media Cloud [7] media analysis tool to find the terms most associated with the word “women” in the English-language Canadian media environment.

Media Cloud [7] is an open source platform developed by the MIT Center for Civic Media and the Harvard Berkman Klein Center for Internet and Society. Media Cloud is designed to aggregate, analyze, deliver and visualize information while answering complex quantitative and qualitative questions about the content of online media.

The following Word Cloud shows keywords that appear with the word “women” in a sampling of stories from Canadian print and digital media outlets from February 2017-February 2018. The larger the word in a Word Cloud, the more often it appears in the Media Cloud database sample of news reports, blogs, and other media.

This Word Cloud represents topics that appear alongside the word “women” in order of prevalence in a sampling of stories from the Media Cloud English-language Canadian sources from February 2017 to February 2018 (original query [8]). (View larger image [9])

The first thing that we noticed when looking at the Word Cloud above (sampled from 210,921 stories and related texts from Canadian media outlines from two Media Cloud national and state/local collections) is that while Canada is often ranked high in terms of women's well-being, and often portrayed as a good place for women, dominant frames in English-language Canadian media seem less rosy.

For example, we can see that while terms such as equality and empower appear towards the middle to the end of the word cloud, words such as violence, allegations, harassment, assault, murdered, abuse, accusations, victims, and rape are prevalent terms in this search. A closer look at some of the articles using these terms provided us with some interesting insights into the way media conversations around issues involving women are shaped.

We found that the articles with the words abuse and violence tended to encompass a broad range of issues. The first common topic that we noticed was related to domestic violence:

In the wake of the homicide of a Mont-St-Hilaire teen, a women’s organization is asking the province to step in and outline a formal protocol to be used in cases of domestic violence. The group said it’s imperative women who are the subject of violence by their spouses get the help they need.

Although many stories highlighted the efforts being undertaken to support survivors such as campaigns, diverse projects, and shelters, the underlying message calls attention to the need to improve aid and legal assistance offered to the victims.

Although less common, other topics associated with these words were related to online and cyber abuse, drug use, and violence faced by migrants, women and children both inside and outside Canada. It is important to note that this last theme, which points to media coverage of violence affecting women abroad, doesn't necessarily contradict any of the assertions made by the surveys and reports. It raises, however, an interesting question in terms of how English-language Canadian media's coverage fits within a larger conversation about violence towards women on a global scale.

While the articles that mentioned the words abuse and violence covered a relatively broad range of issues, the ones that included the word harassment tended to be slightly more specific and were related mostly to the workplace.  For instance, some of the articles talked about an on-going debate around sexual harassment in different careers, ranging from servers and students to police officers:

Female servers are vulnerable to sexual harassment on the job: UVIC researcher   [12]

“Female servers have to put up with a lot of sexual harassment on the job, according to new research out of Victoria. ‘I heard stories about having to listen to a customer talk about their sex life, having to listen to sexist jokes or innuendo, sometimes even inappropriate touching,’ University of Victoria PHD candidate Kaitlyn Matulewicz said.”

“[Marlene] Hope and [Jen] Magnus were part of a group of female officers who had been meeting about workplace issues in recent months. As she announced her resignation on Tuesday, Magnus told the commission she was one of two officers who brought forward a complaint that resulted in former chief Rick Hanson launching a human resources audit on the Calgary force's culture in 2013.That 29-page report surfaced [14] in 2016. It found evidence of a culture of bullying, harassment, intimidation and retaliation.”

We also noticed that some of the articles mentioning harassment either focused or referenced the #MeToo Movement [15]which empowers women to speak out against sexual violence and harassment. After going viral in October 2017 [16]with allegations against Harvey Weinstein [17] and others, this movement has sparked a worldwide trend  [18]towards speaking more openly about harassment in general. Mention of this campaign in the articles, together with the word Weinstein, suggests that the topic's prevalence in the coverage of English-language Canadian media about harassment might be related, to a certain extent, to the attention that this effort has brought to the issue of workplace sexual harassment.

Murdered was another word that appeared in our Word Cloud. When we searched for the articles related to this word, we realized that many of them were linked to the Missing and Murdered Indigenous Women and Girls Inquiry [19] which aims to highlight the “systemic causes of all forms of violence against Indigenous women and girls in Canada by looking at patterns and underlying factors,” and to understand the reasons behind the deaths and disappearances of Indigenous women in Canada:

“Inquiry commissioners are visiting communities in Alberta, Nova Scotia, Manitoba, British Columbia and the Yukon to talk to survivors and examine the circumstances behind the deaths and disappearances of hundreds of Indigenous women and girls over the past several decades. Once the final hearings have been completed the Commission will prepare a report that will include recommendations to promote safer and healthier communities.”

The fact that the word “murder” appeared mostly in stories related to Indigenous women also suggests that the situation for all women might not be the same in the country. For example, Indigenous and First Nations women, as well as migrant women, could be facing specific issues which may not be coming up in references to women's well-being on a national level.

What do these findings tell us?

Our search suggests that while Canada might have an international reputation for being a good place for women, and the situation for women in this country might be better than in other places, its national English-language news coverage indicates that there are many issues that still need to be addressed.

Overall, this exploration of the coverage of women in national English-language media leaves us with more questions than answers: If Canada is, in fact, a great place for women, why are the dominant themes regarding women so negative? Is there a significant difference in coverage involving First Nations and Indigenous women as well as migrant women? What is French-language media saying about women in this country? And to return to that earlier question, what about the coverage of women in other countries on a global scale? Are there similarities between Canada's coverage and coverage from other countries that ranked lower on the index mentioned at the top of the article?

In the end, perhaps the overarching question is simple: What kind of coverage about women is suitable for the democracies we want to support?

We hope to keep exploring some of these questions in future posts.