“Esmeraldas is a united town”

Dayana Caicedo and Viviana Velastegui are members of Centro de juventudes de Esmeraldas (Youth Center of Esmeraldas), a human rights organization in Esmeraldas, Ecuador that works with children, teenagers, and the LGBTI community. One of its primary activities is the weekly radio program La Calle Habla (The Street Talks), a place for discussion and debate about issues facing their community. The following post is based on transcripts of interviews with Dayana and Viviana as they analyze word clouds for the words “Esmeraldas” and “Paz” (peace) and the word “Frontera,” (border) in reference to their city Esmeraldas affected by conflicts along the border it shares with Colombia.

How should ‘Esmeraldas’ and ‘paz’ (peace) be represented in the media?

I think the word ‘unity’ should be there because Esmeraldas is a united town which always tries to move forward. We are interested in the common good.

What words should a word cloud for ‘Esmeraldas’ and ‘paz’ (peace) have?

How should youth and the border be represented in the media?

What words should a word cloud for ‘border’ have?

When talking about the “border,” I’d say tranquility, respect, equality, and peace above all else. 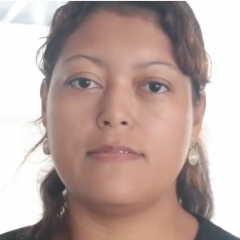 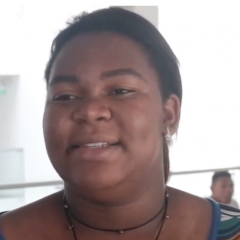