In the Depths of the Ecuadorian Amazon, Digital Communications Aid the Process of Self-Determination 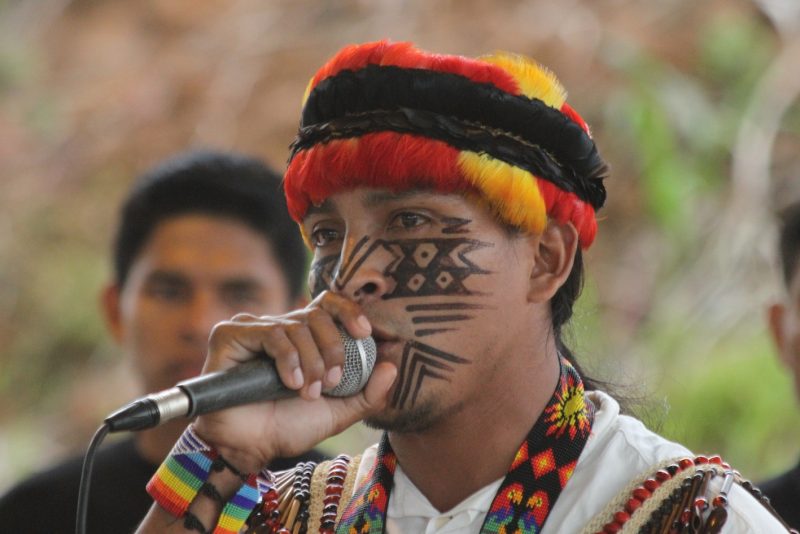 Communication is an important element of the strategy of Sarayaku's defense of land rights.
Photo provided by the Sarayaku communications team and used with permission.

Residing within the southern part of Ecuador’s Amazon region, the approximately 1,200-strong Kichwa community of Sarayaku have drawn international attention for their battles over land and indigenous rights—battles that have relied on worldwide support.

Since 1996, when the Ecuadorian government gave concessions for exploration and extraction to corporations without consultation or consent from the community of Sarayaku, its people have fought against oil extraction in their territory. Extraction represented a threat to the land and to Sumak Kawsay, or good living, a community understanding of life which, among other aspects, promotes harmonious coexistence between humans and nature.

The Sarayaku community took their fight to the Inter-American Court of Human Rights in 2003, winning a case against the Ecuadorian state in 2012.

Though the group's struggles are about defending the inherited practices and traditional knowledge of their people, that doesn’t mean they avoid modern methods. Members of their community and other indigenous leaders recently shared with Global Voices how communications technologies such as the internet have played a crucial role in building international solidarity for their demands.

For the people of Sarayaku, the use of mobile and virtual technologies is a means of rejecting silence, of connecting more deeply with others and with each other, and of building a bridge to the future. As Mirian Cisneros, Sarayaku’s current president, explained, making themselves heard has been an uphill battle for the people of Sarayaku:

Some people in power have tried to silence us and to deny us the possibility of expressing ourselves freely. We've continued our activism because we want to be respected and, through our battles, make our voices heard. We want to defend our territory so that we can continue to survive and leave a legacy of resistance, respect and strength for the generations to come.

The community runs a blog, Sarayaku: El Pueblo del Medio Día. José Santi, one of the people in charge of the blog, told us that as they started realizing that the government and others had different perspectives on the extraction issue, the community quickly acknowledged the need to establish their own channels of communication.

That need is also driven by the sense that at bottom their culture is neither understood nor respected. According to Hilda Santi, a former Sarayaku community president and current leader of education:

The government talks about interculturality but it is just a word without foundation. There is no real respect for our culture, they just want to impose external ways of life that are not aligned with ours. We have much to say and to offer, and we are finding new communication channels so that our youth and the men and women from our community are protagonists in the information produced.

Connecting to others and each other

The reach of the Internet and other digital communications methods has also been important given Sarayaku’s remote location—the area is accessible only by light aircraft or canoe, after a two-hour drive from the city of Puyo. Internet and mobile coverage in the area is still limited, but community members have employed multiple strategies to encourage the use of online tools. Santi told Global Voices that besides the blog he helps run, they also have a Facebook page and  Twitter account to promote their initiatives both nationally and internationally. 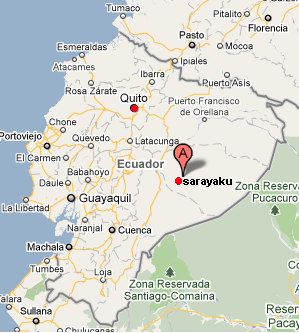 Source: Tayjasaruta Official Blog of the Kichwa People of Sarayaku, republished with permission.

Andrés Tapia, one of the people in charge of the communication of the Confederation of Indigenous Nationalities of the Ecuadorian Amazon (CONFENIAE), has worked with the Sarayaku for many years. Tapia observed that internet communication provides an important opportunity for sharing information, especially about culture and land rights, not only with non-indigenous people, but also among other indigenous communities.

While a certain amount of energy is devoted to transmitting community knowledge beyond Sarayaku’s borders, digital communication is also valuable for internal communication. Apawki Castro, the head of communications for the Confederation of the Indigenous Nationalities of Ecuador (CONAIE) , noted that the sharing of knowledge even internally has in fact been the more crucial part of the strategies employed by Sarayaku and other Ecuadorian communities:

We need to use social networks because they contribute to create new communication avenues and to complement traditional forms of communication, such as community meetings. 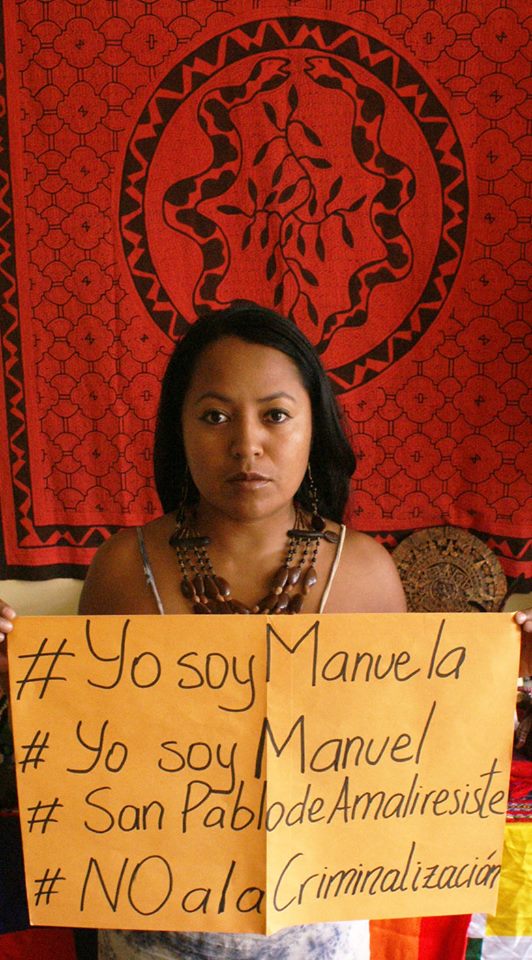 A legacy for the future

According to Katy Betancourt Machoa, director of Women for CONAIEC, communicating digitally has also allowed the people of Sarayaku to articulate a diversity of perspectives and opinions among themselves:

There are diverse points of view and the different communication channels help us articulate these positions so that we organize ourselves and strengthen our efforts to resist extraction projects and the other issues that directly affect the indigenous population, but also affect the interests of the country more broadly.

While Sarayaku members use the Internet to communicate their interpretations of traditions connected to the land and environment, the newer forms of communication are equally about their future where, according to Sarayaku President Cisneros, women, children, and grandchildren can play crucial roles:

We want women to take an active role in the communication of Sarayaku because we are strong, we are brave, and we can lead. Our fight has not been easy, but it is the legacy that we are leaving to the younger generations. We don’t want our children and grandchildren to learn our history only from books. We want them to live what we are promoting and we want them to feel what we are feeling so that they too get involved in our fight.

As the Kichwa People of Sarayaku continue to work through their past, present, and future within the larger national and international context, it looks like digital communications will be part of the process. In the end, Castro’s insight on media representation seems key:

Our focus is always the self-determination of our own people. We do not want people speaking for us, but allies who who help us render what we are saying more visible so that we keep breaking boundaries in this way.

Through different projects, local organizations continue to join efforts with Sarayaku and communities facing similar struggles, to look for different avenues and tools to strengthen and share their voices, their acts of resistance, and their experiences, with broader audiences.

Stay tuned for more information about our continued conversations with the Kichwa People of Sarayaku in future posts.